Heightened perception[1], also known as a spirit trance[2], is an ability seemingly all spectrals have that allows them to converse and interact with spirits under their control (whether they're spirits using them as a host or tools they're currently in contact with).

During a spirit trance the spectral and their spirit are pulled into a mental state wherein time seems to move at a slower rate, to the extent that it almost seems to stand still. In this state the two are able to meet face-to-face. The meeting is purely mental in nature (with the spirit appearing in the form it would naturally assume outside of its host instead of its wispy true form), but both spectral and spirit can physically affect one another. If a spectral uses multiple tools at once or is a medium using a tool, the multiple spirits can similarly interact with each other[3].

As a consequence of perceiving time at a slower rate, the spectral's physical body can move much faster than it would outside of the trance. This allows for brief, but substantial, bursts of speed[4]. Additionally, time slows at the same rate for all spirit trances, meaning two spectrals in a trance near each other at the same time would be able to perceive the others' speech and movements at a normal rate[5] (though this would not allow them to perceive or communicate with the others' spirits).

During trances the surrounding area will look somehow different as an effect of the spirit. The worlds experienced are not wholly unique; they more accurately imprint themselves on the environment and look like an alternate version of the area. Each experienced world is unique to each spirit, and is often tied to the spirit's ability or nature in some fashion. In the case of multiple spirits (e.g. using multiple tools) the spirits will share a mental world[6]. 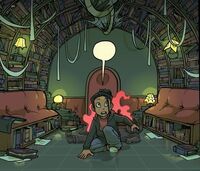 An instance of Lucifer's world, with the Shadow's tendrils visible in the background. (Chapter 5, Page 88 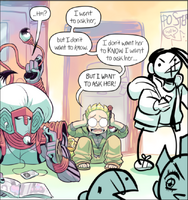 Ed in one instance of Muse's spirit world. (Chapter 5, Page 94 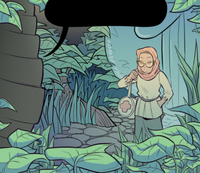 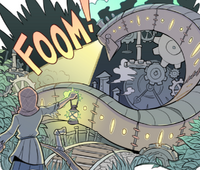 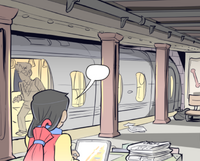 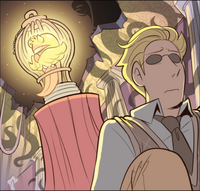 The Shadow's influence on the spirit trance is seen as a break in the ceiling into an abyss. (Chapter 5, Page 273 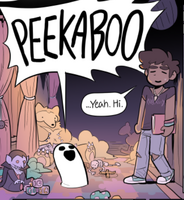 Peekaboo in his world, greeting his host. (Chapter 5, Page 287

Another instance of Flipflop's world, where the school hallway is the inside of a subway. (Chapter 5, Page 289

)
Add a photo to this gallery

Retrieved from "https://paranatural.fandom.com/wiki/Heightened_Perception?oldid=13669"
Community content is available under CC-BY-SA unless otherwise noted.